Duncan Robinson has shot himself into the All-Star weekend spotlight.

Less than a year after receiving his first NBA start with the Miami Heat, the former Michigan Wolverines guard has been invited to compete in the league’s annual 3-point contest.

Robinson’s certainly earned the opportunity. He is sixth in the league in 3-pointers made per game (3.4) and 3-point percentage (43.9) in his first full season, and a regular in Miami’s starting lineup. The Heat (34-15) have the fourth-best record in the Eastern Conference.

On the season, Robinson is averaging 12.2 points per game.

Robinson hit 9 3-pointers in a game against John Beilein’s Cavaliers back in November, then topped it by hitting 10 in an overtime win against Atlanta in December. He’s made at least 3 3-pointers in his last 11 games.

Most 3-pointers through the first 62 games of career, per @bball_ref: 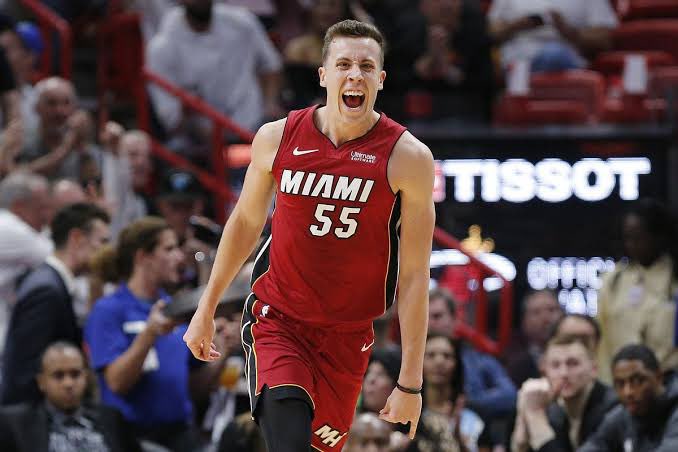 66 people are talking about this